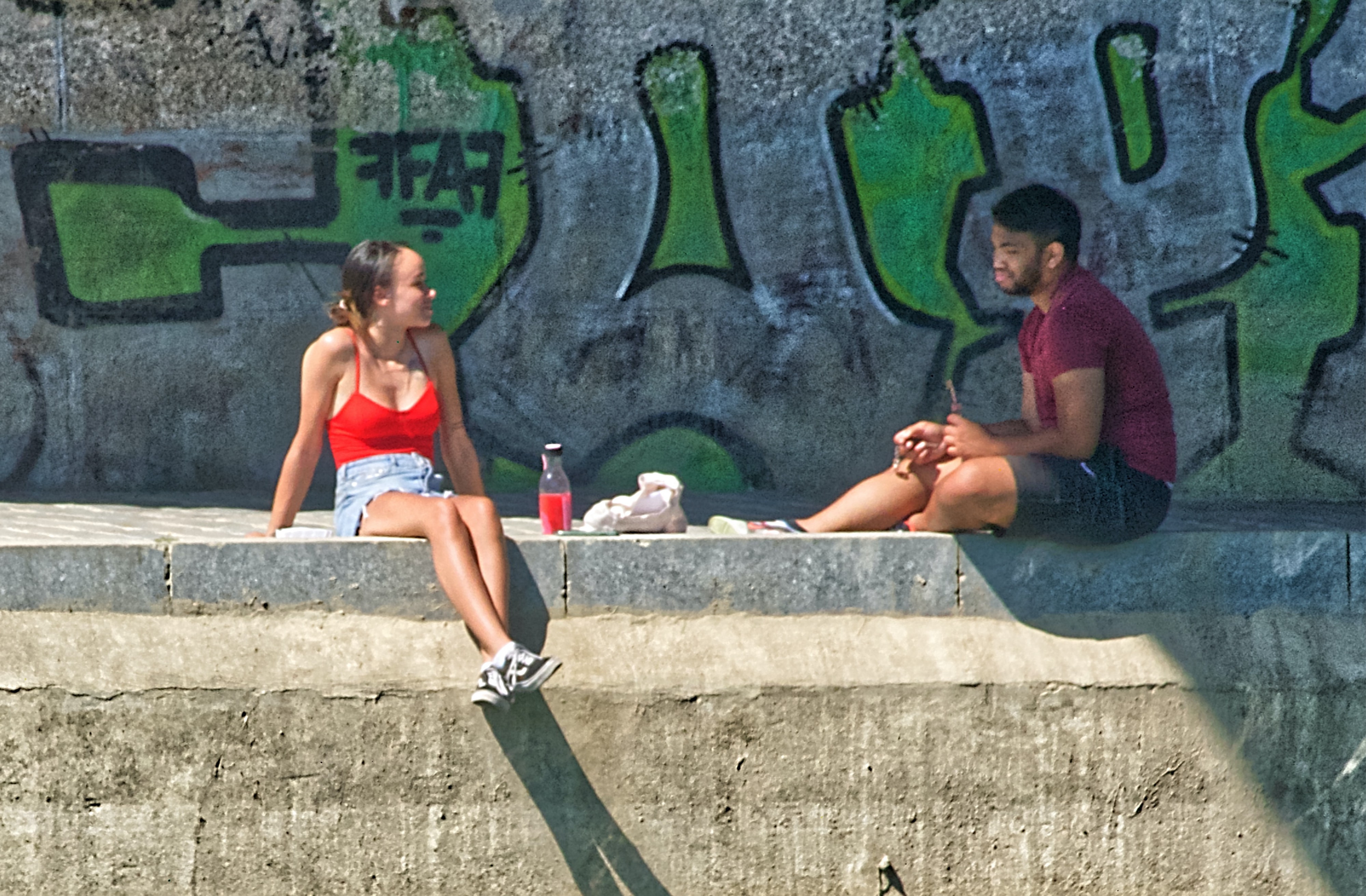 How to Start a Conversation on a Dating App, Part 1

Once you’ve matched with someone new on a dating app, it’s time to send an opening line. If you pause and feel tongue-tied, you’re not alone. To be fair, sending that first message opens you up to rejection. What if they don’t respond? Was it because your message was bad, or they just didn’t like your profile *that* much?

Turns out, nearly half of opening messages are ignored:

According to a 2016 study of an unnamed dating app, 49 percent of people who message a match never receive a response. That’s in cases where someone messages at all.

If you’re frustrated by lack of responses or simply want to improve the quality of your conversations on dating apps, here are some simple tips to sending the best opening lines.

Put specific information in your profile

What you write in your profile offers others cues on what to talk about. Before you even start messaging, make sure you’re giving your matches context. Include quick bits of psychographic information (not biographic, that’s boring), such as “I dream of living on a sailboat for a year” or “I’m looking for a partner who can beat me at Scrabble.”

A generic greeting has an 84% chance of being completely ignored. It’s lazy. It puts the impetus of starting a conversation in your match’s court, which is the same as not sending a message at all.

Some other message types to avoid include: pet names, anything sexual, filler questions like “how was your day”, interview questions such as “where are you from,” and shallow compliments such as implying you’d date someone based on looks alone.

Games are scientifically proven to boost intimacy. Humor brings out everyone’s best side. It’s also a great way to get to know someone without feeling like you’re being interrogated, repeatedly, about your hobby preferences and travel history.

There are many simple games that can be played in a messaging app, like 2 Truths and a Lie, Would You Rather, or Never Have I Ever. Games take the pressure off performance and let you be yourself.

XO, the dating app with games, has games built into the experience, as well as personality quizzes like “Which stereotypical 90s high school clique would you have been in?” — imagine starting your conversation with that!

Food truly is the way to a person’s heart. Women in particular are 40% more likely to respond to a question about food. Food is nourishing and rings bells in your brain of the last time you felt satiated.

But remember to make it fun — “Would you rather eat cilantro on every meal for the rest of your life, or never have it again?” is more interesting than “Chocolate or vanilla?”

Cite something in their profile

Remember how we said to be sure to fill out your profile? Reading your match’s profile is important too. I would go so far to say, don’t bother messaging someone who hasn’t filled in their profile. Chances are, they aren’t going to put effort in later on, either.

Mentioning something in their profile shows you care, especially if there’s something you relate to: a shared affection for avocados, or similar experience in adopting a rescue dog.

Even better — throw down a gauntlet and mention something on which you disagree! If they’ve listed their favorite movie, tell them why you think another movie in the same category is actually much better.

How someone disagrees tells you a lot about a person and their capacity for empathy in a relationship, plus it builds some of that hot hot tension.

If you’re not on XO and don’t have access to personality quizzes, make your own.

A multiple choice question makes their response that much easier and less stressful. If you’ve felt awkward on dating apps before, chances are, so have they. So, pick a fun topic and give them an easy way to interact with you.

You can ask them which topping is most essential on a pizza, and list a few of your favorites, or which vacation destination would they pick amongst some on your bucket list.

One of the most difficult opening lines to ignore is a longtime controversy, preferably one without a widely agreed-upon resolution.

Topics of personal taste or tied in with pop culture especially catch attention and drive a fun conversation that really helps you get to know each other.

For example: Do you put pineapple on your pizza? Did Ross and Rachel ever really break up? Was Adnan Syed guilty?

The most fun conversations bring your attention away from the fact you’re on a dating app at all. Instead, make your match feel like you’re at a party and just happened to catch each other’s eye. And if all else fails, talk about food. It’s everyone’s favorite subject.